How to Watch the Super Bowl with Your Kids and Grandkids 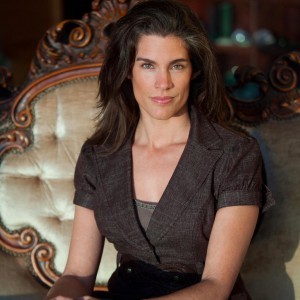 When families across the U.S. sit down to watch Super Bowl LIII together on February 3, they won’t just see the New England Patriots and Los Angeles Rams battle to win the ultimate football championship. Families will also be taking-in the ever-popular advertisements (usually just as much a spectacle as the game!). But the ads may not be family-friendly or may raise questions from children.To help give parents and grandparents guidance ahead of the Super Bowl, we spoke with Parents Television Council Advisory Board Member Nicole Clark, a former Elite International model whose documentary Cover Girl Culture has helped to bring about positive change in advertising and the media, and who teaches media literacy workshops in schools. She’s also a mom to a five-year-old daughter.

Q: When families are watching the Super Bowl together, what should parents be mindful of when it comes to commercials? A: A good rule of thumb when it comes to watching Super Bowl commercials with young children present is to discuss what they are seeing and what the messages are, because there are many layers to most commercial messages. A child’s mind operates differently than that of an adult. Up until about 6 or 7 years old a child’s mind takes everything literally, their subconscious mind is the gatekeeper and it lets in everything, unfiltered. Most adults have developed this filter and can easily navigate commercial messages. This little-known fact about a child’s mind is what the “big deal” is if children see some adult content by accident. Media goes into your child’s mind 100% unfiltered with its highly suggestive message. Children are downloading information from their environment non-stop.When something like a commercial, which is basically engineered to hijack the emotional center of the brain to elicit a lightning response, is received it gets priority due to the influence on the emotional center of the brain. Children therefore need help building up their filter system and any opportunity you have to assist them is extremely valuable. That said, don’t start showing them R-rated films and explain away every scene. Their filters are very sensitive and there is a reason for the R-rating.As a child, I snuck downstairs and saw about one minute of a horror movie and had nightmares for 4 months, and I think a lot of us can relate to that story; no amount of adult logic could explain away what I saw, and we can’t un-watch something.Commercials aired during times children could be watching don’t have a rating, but what parent has the time to screen every commercial? So use this time during the Super Bowl commercials (if you wish to have your kids present) to speak about the messages shown. There are numerous questions you can ask. A few are: what do you think this ad says about girls/women, men, relationships, what would your mom think of this ad? What would your teacher think of this message? What other messages are in this ad? Why are they sending out these messages? What other way can they sell their product and use positive messages?[Tweet "Children need help developing filters. Any opportunity you have to help them is valuable"]

Q: Is there one piece of advice you can offer to parents about how to discuss adult themes that may be present during the ads (or even during the halftime show)? A: First of all, make sure you know who is doing the halftime show. [Editor’s Note: The band Maroon 5 is headlining, and a few guest artists will join them onstage.] If you feel they are generally a decent act or entertaining without sexualizing themselves or others, then make the call. If you learn otherwise, then it’s up to you to whether or not you want to expose your child to this show. If they are small children I’d pass on the show. There is no need for them to see such unfiltered messages - no parent could keep up explaining and filtering for them – it would be a daunting task. Skip it – go play outside, in another room, or have adults watch it later (record it – this is the tech age). Why stress over it? If other families are joining you, best to find out their wishes about their children watching – because it could create a battle between your kids and theirs if their children are permitted to watch everything.

Q: How do you think Super Bowl ads will take on a new tone this year in this #MeToo era? A: It’s a new paradigm for today and the future. Out with the old, dark-ages paradigm of oppressing women and girls emotionally, physically and spiritually. I pray enough men in the industry have stepped forward who have felt this way and are strong enough to stand in the light and be pillars to hold up our new paradigm of loving, respecting and honoring girls and women in media and every place, from now ON. Women are ready and have stepped, leaped, dove and fought their way to lay the foundation for our future. Together we are creating something that has never happened before in history. We are ushering in the Light Age.

Q: Have you seen any ads planned to air during the Super Bowl yet, and if so, which ones stand out as being positive and safe for families? A: The Serena Williams ad has a positive message about women but I’m not sure what part of the ad will apply to kids since it’s for a dating app, Bumble, but the teaser ad has a powerful message presented by an empowered woman. The ad for Avocados seems funny, however they dress the star in a revealing black dress, which is not necessary to sell avocados – it’s a sexualized ad for men. Not surprising – most of the ads feature men or cars. There is one ad slated for women, Olay, but it’s bound to prey upon women’s self-esteem about their appearance. We’ll just have to wait and see. I’d love to be surprised.

Q: What advice do you have for companies planning to air their ads during the Super Bowl? A: It’s probably a bit late but I’d ask them to take into consideration that there are females watching. Then remind them there are young males watching who will be “learning” how to interact with young females from their ads…and that yes, ads/messages are powerful societal rule setters and plant seeds in the minds of the young. Respect your audience. Comedy goes further than any sexualized ad that received bad press. Comedy creates a positive emotional response and can easily go viral the cleverer it is. Be clever, be witty, be funny.[Tweet "Advice for companies planning to advertise during the Super Bowl: Respect Your Audience"]

Q: How has becoming a mom impacted the work that you do to educate children and teens about media issues? A: Now that I’m a mom, my awareness of sexualized messages in the media has become so acute I’d say it’s akin to a super power. As a mother I can now see, first hand, how easy it is to shape a child’s idea of herself and her world. I’ve witnessed children not behaving like children – instead acting the way characters do on TV shows or as celebrities their older siblings follow. It’s heart breaking to see a child’s idea of themselves replaced with some pre-packaged, commercialized version. Armed with this insight I am VERY cautious when it comes to the media and my daughter’s interactions with it. Which is why I urge media literacy for younger girls and have been developing my workshops with this in mind. Media literacy is vital for our children in our media-dense lives. As a child, my generation only had about 10 hours of media a WEEK. Today the average is close to 75 hours a week. As a child, in school, we were 100% inaccessible to media for 8 hours every day. Now kids are plugged into media any hour of the day or night. They need tools to help them navigate and discern what is healthy and what is harmful to their self-worth, body image, identity, and values. A future of children who can follow THEIR hearts, uphold values and honor their own self-worth is going to take us farther than a future of kids obsessed with being thin and sexy, buying lots of stuff and having empty values.