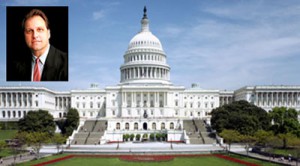 Last week, I went to Washington DC to advocate for Ratings Reform. And our success was nothing less than spectacular! Without a doubt, this has been the PTC’s most successful week of public policy efforts, ever. For the past several weeks, we have talked about the urgent need for comprehensive reform to the TV Content Ratings System. The PTC recently released a research report that showed how parents are being deceived – and how children are being harmed – by a corrupt system that was created by Hollywood to protect Hollywood. With that research report in hand, I flew to our Nation’s Capital to fight for children, to fight for parents and to fight for families. What just took place in Washington blew me away. I was inspired by the overwhelmingly supportive response I received: And I was thrilled to learn that nearly two dozen scholars would be submitting a letter to the FCC, calling for an overhaul of the TV Content Ratings System. At each and every one of my DC meetings, the response was the same: shock, surprise and even disbelief that such a system not only exists, but is in fact sanctioned by the FCC. All that inspiration was somewhat tempered by the forces that are gathering inside the Beltway to stop us. In perhaps the most revealing moment of my visit, I learned that high-powered million-dollar entertainment industry lobbyists had already been making the rounds on Capitol Hill to thwart our efforts.

It should come as no surprise that Hollywood will do anything and everything it can to preserve the status quo, and to prevent any real public debate. That’s why our work – on this very project and at this very moment – is so urgent.

It is vital that we win. Winning means that the current system will be replaced with one that is accurate, consistent, transparent, and accountable to those whom it is intended to serve: PARENTS! But to win, we urgently need your help.

Please sign our petition if you haven’t already done so.

And please share the petition with your friends, family, and anyone in your circle who shares your values. Every voice matters, and that simple truth was made abundantly apparent to me when I was on Capitol Hill.

With YOUR help and support, we can bring accountability back to Hollywood…and accuracy to the TV Content Ratings System. Please act today!