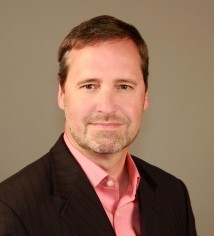 Charles "Charley" Humbard is the Founder and Chief Executive Officer of UP Entertainment, the parent company of UPtv (the television home for uplifting entertainment), UP Faith & Family (the leading streaming service for the the best in faith affirming and family-friendly entertainment), AspireTV (the premier destination for Black and urban lifestyle programming) and Cine Romántico (the first U.S. Spanish-language free ad-supported streaming movie channel dedicated entirely to romance movies). Since the network’s inception on October 30, 2004, he has led the overall business strategy and mission to entertain, uplift and inspire viewers. UP Entertainment reaches audiences across multiple platforms including traditional cable, OTT, SVOD, AVOD and digital outlets.

Prior to founding UP Entertainment, Charley served as a senior executive at Discovery Networks, responsible for the development and launch of seven U.S. digital cable network brands. Additionally, Charley was a founding member of Discovery International Networks charged with launching the Discovery Channel Networks in 140 countries and creating operations facilities on three continents.

After 40 years in the media industry, Charley remains committed to making a positive impact through quality entertainment. UP Entertainment’s pro-social initiative “UPlift Someone” reminds others that simple acts of kindness can make a difference. As part of this initiative, UP has produced viral videos showing acts of kindness that have generated in excess of 200 million views and was ranked a top 10 in all of YouTube.

Charley has been recognized for exceptional programming through various awards including a Peabody Award, an Emmy® and numerous Promax Awards. He has been named to the "CableFAX 100" each year from 2008 through 2015 in recognition of his industry leadership. In 2017, Charley was the recipient of the southeast EMMY® Governors’ Award for Lifetime achievement and was also selected as one of Atlanta Business Chronicle’s "Most Admired CEOs" in 2018. Additionally, Charley is a 2019 graduate of EO Entrepreneurial Master’s Program (3 years) at MIT and the EO @ Wharton Executive Financial and Operations program in 2019.

Son of the country’s first television minister, Charley began his career writing and recording music and performing on television for the Rex Humbard Worldwide Ministries. He attended Belmont College in Nashville, Tennessee, where he studied music business and marketing.