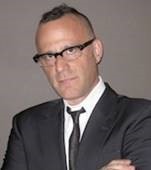 Seth Matlins is a former CAA Agent, former Global Chief Marketing Officer of Live Nation, former President of Rock the Vote, and Founder/CEO of Feel More Better. He currently serves as the Founder of That Was Then Enterprises, which provides advisory services to major brands and organizations embracing pro-social marketing as a growth accelerant and as a means of driving double bottom-line impact.

Mr. Matlins is the creator and lead sponsor of federal legislation now in Congress - The Media and Public Health Act - requiring truth-in-advertising labeling to be put on any ad altering a model’s physical appearance in post-production.