In Letter to House Speaker Ryan and Senate Majority Leader McConnell, PTC Urges Congress to Give Families Filtering Technology Because Hollywood Refuses to 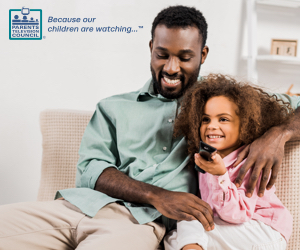 LOS ANGELES (December 18, 2018) – In a letter to House Speaker Paul Ryan and Senate Majority Leader Mitch McConnell, the Parents Television Council called on them to “immediately to pass the Family Movie Act Clarification Act legislation, which is currently pending before the House,” and which presents a “unique opportunity for bipartisan cooperation that will simultaneously serve the needs of parents and families across the nation.”

The bill would allow families, in their own homes, to filter out graphic and explicit program content from movies and television programs they choose to stream via bona fide distribution platforms.

Pointing to Hollywood’s refusal to allow consumers to access this technology, PTC President Tim Winter urged Congress to come to the aid of families who want to protect their children from harmful media content. Excerpts from the letter are as follows:

“Technology exists that would allow parents and families who stream entertainment on today’s popular entertainment distribution platforms – like Netflix, Hulu and Amazon – to filter out content that they believe to be harmful to children, or offensive to their family values. Based upon a viewer’s personal settings on their viewing device, instances of profanity, sexually-explicit dialogue, nudity, bloody gun violence, and/or other explicit material would simply be skipped like the snap of a finger."

“Sadly, Hollywood studios refuse to allow us to use such technology; and they have even sued technology developers into bankruptcy. They falsely claim such technology to enable piracy; but this is untrue. In fact the technology solution simply allows a subscriber to one of the aforementioned services to filter the particular stream they are receiving in their own home. There is no piracy; but the studios have persuaded Hollywood-friendly judges to the contrary.

“Congress acted to fix the problem once, over a dozen years ago. We call on you to do so again today!

“In 2005, Congress passed the Family Movie Act, allowing parents to filter out graphic or explicit content when they play DVDs at home. Hollywood fought hard to kill that measure, but the family-friendly legislation passed both houses of Congress on a bipartisan vote; and it was signed into law by President Bush. The Family Movie Act Clarification Act would allow parents to filter out the same type of graphic and explicit content when they stream movies and TV shows via Netflix, Amazon, or other bona fide streaming services. Once again, Hollywood is trying to kill this measure and prevent this family-friendly legislation from becoming law.

“Why would Hollywood spend hundreds of thousands of dollars in legal and lobbying money to kill a technology that would help parents, especially when it could potentially bring millions of new customers, and potentially bring Hollywood studios tens of millions of new revenue dollars? The only plausible answer is that Hollywood values its agenda more than it values its own corporate profit.

“Last March, following the tragic shooting at Marjory Stoneman Douglas High School, representatives of the PTC met at the White House with President Trump, Congresswoman Hartzler, Senator Rubio, representatives of the video game industry, and others to discuss how to protect children from graphic violence in the entertainment media. The filtering technology contemplated under this bill is one important remedy that would immediately help to make today’s entertainment media landscape healthier for children.

“At a time when partisan bickering on Capitol Hill threatens to shut down the operation of the federal government, we present to you this unique opportunity for bipartisan cooperation that will simultaneously serve the needs of parents and families across the nation. Simply put, this is a no-brainer.

“We know that the clock is ticking down the final days of this lame-duck session. Please, move forward immediately to consider the Family Movie Act Clarification Act. Pass this measure and deliver it to the President for his signature as a gift to American families.”

The PTC is a member of the Protect Family Rights Coalition (http://protectfamilyrights.org/).