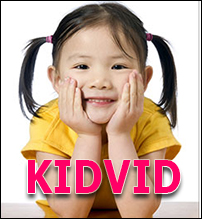 LOS ANGELES (June 20, 2019) – The Parents Television Council responded to the Federal Communications Commission (FCC) proposal to update the KidVid rules that will be voted on by the Commission on July 10.

“We’re grateful that the Commission has decided to walk back many of the troubling KidVid rule changes it had proposed last year. Although the newly-proposed rule changes go beyond what we’d like to see, they are far better for children and families than what was contemplated back in January of 2018,” said PTC President Tim Winter.

“Make no mistake, the rules surrounding children’s programming are still being weakened by these changes, and considerably so. We call on the Commission to put in place some sort of metric that will allow us to track the impact that these rule changes have on kids over the coming years. And if we find that these changes went too far, then they should be scaled back or revisited in the future.

“Kids know good programming when they see it. They aren’t going to watch mediocre content just because it was created with them in mind. Whatever the outcome of these rule changes, there must be better E/I (educational and informational) content that is created for kids. It is our belief that the rule changes contemplated in this current proposal weaken the financial incentives to create better, high quality E/I content. That concerns us greatly.”